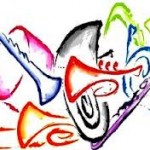 The past week for band students as sure been exciting!

On Wednesday, March 19 the Senior Band went to Regina to perform at the Centre for the Arts for the Optimist Band Festival.  This was a great experience and the played well and received a Bronze rating!  After the performance they were able to work with the adjudicator on how to ‘fine tune’ their performance.

The next day, on Thursday, March 20 the Junior Concert Band also went to Regina to the Optimist Band Festival at the Centre of the Arts.  We had to leave very early (6:00am) to be there in time to perform and they all woke up in time.  There were a lot of nerves performing on such a big stage and the first piece was not our best, but we got it together and did a great job on the second piece.  They received a Bronze rating as well! They also worked with their adjudicator after their performance and learned a few new things.   After our performance, we went to Laserquest for a couple of rounds of laser tag, and everyone had a great time!

On Tuesday, March 25 the Junior Concert, Beginner and Senior Bands took part in the Twin Rivers Music Festival in Dalmeny.  We started with the Junior Band at 9:00 and played without the nerves that we had in Regina.  The whole performance went much better and then we had the opportunity to work with our adjudicator as well.  They received a mark of 82%.

The Beginner Band played at their very first festival and did great!  Both pieces that they played were great and they should be very proud! They received a mark of 82% as well.

Great work everyone!  I am truly proud of all of your hard work this past week.  This was not easy as we have had some rehearsals cancelled in the past months due to buses not running.  As well, everyone represented our schools and division in an outstanding way.  Your behavior on and off stage was noticed by everyone and I am very lucky to be working with such great students!