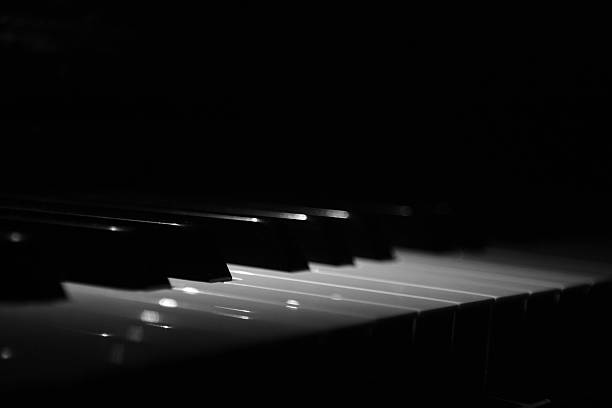 As I was tidying up the dishes my oldest boy, Bobby, who will turn 12 in approximately 3 months, made his way back up stairs from his basement bedroom. He announced to me he was going to practice his piano, something my wife and I try to get him to do on a regular basis. “Our pleading and prodding is paying off” I thought to myself, he was doing what we had hoped he would do, practice! As he sat at the piano and started playing, I noticed this was different, and frankly, it wasn’t that good. As he played it sounded strangely like a cat walking across the keys, as I said, it wasn’t very pleasant. This went on for a short while, and I could sense some frustration in him. “Hey Bobby” I asked from the kitchen, “what are you trying to play?”

“It’s something I heard on a meme on YouTube” he responded. No sooner did he say that, than he was up from the piano bench and running back downstairs to his room. I thought he’d given up due to frustration, however I was surprised to see him return back upstairs, this time with his tablet. He spoke into the Google search engine, asking it to find him information on how to play the song he was trying to replicate from what he had seen and heard. After a couple of quick searches he had found what he was looking for, and as he pressed play I realized what it was he was trying to replicate. If you know me, you know that I’m not a big fan of music by artists like Dr. Dre or Snoop Dogg, it’s just not what I choose to listen to. But my son liked the sound of the piano from the meme and wanted to learn how to play it.

Undaunted, he sat at the piano and tried over and over and over. It was brutal, but he did not give up. He had found a tutorial on YouTube that was guiding him, and he would watch a few seconds, pause it, try to reproduce what the anonymous hands on the video had done, and then he would repeat the process. On and on this went for several minutes, until he nailed it. It came right out of the blue, but what he was playing sounded very much like what he had been listening to. The next thing I heard was real music to my ears, Bobby was so excited that he actually cheered when he recognized that he’d had a break through. I heard things like, “yes!” and “awesome!” As a father, I was proud, and always the teacher, I was so happy to hear my son celebrating his learning.

In that 20 minute span, my son, through no intentions of his own, made me stop to think about what real learning is. It was in those moments that I saw and heard what I wish I could see and hear every single day in every single classroom, not only in our school, but everywhere. Neither my wife, nor I play the piano, but we wanted to give our kids the opportunity to learn, and if they wanted to pursue it, we’d make that happen. So the ingredients were there for him tonight. He was motivated by something that interested him. He had a base knowledge from which to build. He had the tools he needed; those being the piano, his tablet, and the WiFi. He had time and a safe, non-judgmental (remember, I just thought to myself it sounded like a cat on the keys) space in which to work. He also had the freedom to stop when he was satisfied.

I think about the things he didn’t have. He didn’t have assigned music sheets chosen for him. He didn’t have a timer sitting on the piano, nor did he have a person sitting beside him giving him feedback. He had a video tutor, and his ears provided all the feedback he needed. He was not playing for a grade, he was playing for himself. As he struggled he saw and heard hope, which was the feedback and encouragement he needed to keep playing. In the end, he had success.

Scenes like this play out all over the place, time and again. You see it at skate parks where boys and girls try and fail at stunts. You see it on playgrounds where kids try to master their skipping while singing, “strawberry shortcake, huckleberry pie….” (it’s in your head now, isn’t it). You see it at the lake where people try and fail to master the art of paddle boarding. If you look, you see it everywhere. But, do you see it where it matters most? In the classroom.

I’d love to hear your thoughts. Thanks for stopping by!