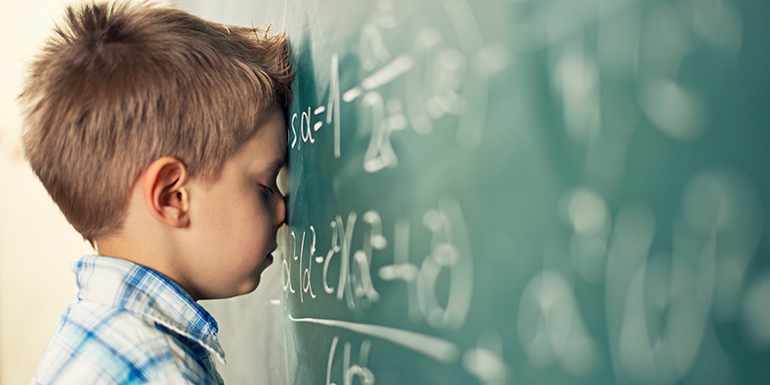 It’s unusual to get a call on my cell phone at school during the day, but when the display show’s my son’s school, I answer! This happened a few weeks ago, and when I heard Bobby’s voice, I knew right away that it was serious. I could tell he was trying not to cry, but he broke down and pleaded with me to come and pick him up. He said, “I fell on the ice, and I think I broke my shoulder”. In an instant, I was in the van and on my way to get him.

During my drive, I was speculating about what was wrong. Was it just a bruise? A broken collar bone? A separated shoulder? All I had to go on was a quick conversation. When I walked into the school, I spotted Bobby, and his left arm seemed to be hanging, which made me think that it was a broken collar bone. We immediately zoomed to the nearest medical clinic where the doctor took over. Some x-rays revealed what was going on for him. He had fractured the upper portion of his humerus.

As this was all unfolding, I was trying my best to get in contact with my wife. She is a registered nurse, and when it comes to anything health-related, I always count on her. While in the pharmacy purchasing a sling, my phone rang again, this time it was my wife, thank goodness! She had some questions and then said, “bring him to the hospital, I’ll get another opinion”. I was confused by this, but she knew something I did not, she knew this fracture might be at the growth plate. A consultation with a second doctor revealed this was not the case, and he was given instructions for how to care for his arm. With that, his terrible day was winding down, and all that was left was for me to order his favorite pizza for supper.

When the dust settled, and I calmed down, I had a chance to reflect on what had happened. Bobby self-diagnosed, he said, “I think I broke my shoulder”. He knew there was something wrong, but he couldn’t put his finger on exactly what it was. I started to speculate, maybe a separation, perhaps a bruise, possibly a break. I wasn’t sure. The first doctor ruled out certain things by just feeling his arm and shoulder, however it was not until he took some x-rays that the real problem was revealed. After finding this out we could then make a plan, with the doctor, to help Bobby heal up.

Does this sound similar to what we do with our assessment? I worry that too often we stop at the speculation stage. Bobby thought he broke his shoulder, but when I saw him I thought it was something else. Had we stopped there we would not have gotten to the real problem.

This makes me think of our current state of understanding numeracy at our school. A student says, “I hate math”, much the same way Bobby said, “I broke my shoulder”. The student knows something is wrong and we need to hear that. We need to go deeper than simply saying, “just work harder” or “ask for help when you need it”. Those are both great strategies, but it would be like me putting an ice pack on Bobby’s arm and saying he’s cured.

At our school we have evidence that things are not going well; we have students saying they “hate math”, we have students misbehaving during math class (a clear sign they are either bored or confused), and we have results from our provincial math assessments. All indications are that we need to know more about what is going on for our learners. So we are digging deeper.

I’m so excited about the work we are going to do as a team. Our administrators, special education resource teachers (SERTs), learning facilitators (LFs), and classroom teachers are putting our heads together to come up with a plan to take some mathematical x-rays of our students to see just what is going on so we can come up with a plan, whether it’s an ice pack, a sling, a cast, or surgery. We know it will not be a one-size-fits-all approach, and we know it will be tough work. We also know that we have a great team and believe that by collaborating with our amazing students and parents we can help our students heal up so they begin to talk about math the same way they are now talking about reading and writing, which they love.

It’s amazing what you can learn from a slip on the ice.

What do YOU think? What resources can you recommend? What have you seen that has worked well? What is some advice you’d have for our team and our students?