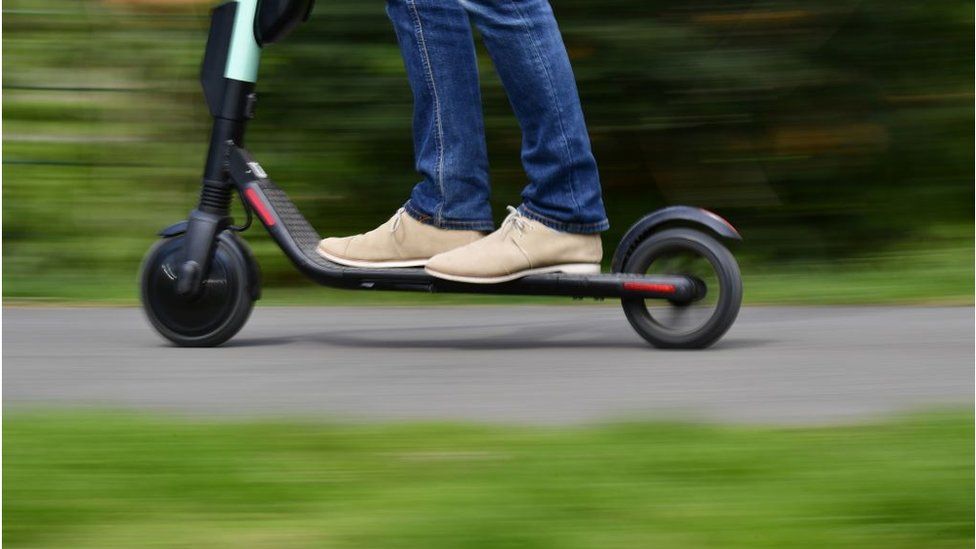 Click, clack……click, clack……click, clack……click, clack, I could hear the unmistakable sound of the scooter approaching from behind. The sound of the wheels on the sidewalk interrupted my morning conversation with the sparrows, finches, and myriad of other Saskatchewan songbirds that chatter away to me on my morning walk. I made sure I was walking as far to the right on the path as I could to let the scooter zoom by, and to my surprise, it wasn’t one, but three kids on their scooters heading towards the pool, likely for their morning swimming lessons. I assumed they were three brothers by the similarity of their rides and helmets. The lead boy was the biggest and obviously the fastest, he aimed his scooter at the edge of the path where there was a little hump and he launched himself in the air with an ease and confidence that comes from repeated attempts. The second boy followed closely behind, executing the same maneuver with a little less flair, but successful just the same. The last little fellow brought up the rear and he was pushing as hard as he could to keep up with the big boys. Wiggly and uncertain, he was focused. He pointed his scooter towards the same hump and was determined to land the big jump just like the two before him.

Click, clack…click, clack…click, clack and with that he was in the air. In his mind I’m sure his landing looked just like big bro’s, but in reality his front wheel was wiggly and his right foot was waving around. I was certain he would bite the dust, but he regained control and kept on scooting. “Just like the big guys!” I’m sure he thought. On they went to the pool.

As leaders (classroom, in-school, division level, provincial, etc.) we are all click, clacking towards some destination, and along the way there are a lot of humps and bumps. Some we navigate flawlessly, others cause us to shake and wiggle a bit, others still can knock us right off our wheels. We work towards our destination, and regardless of the path, we keep on moving. And just like the three brothers, we’re constantly observing and being observed.

I’m certain the lead boy had watched other kids on their scooters before and had endured some spills and scrapped knees as he learned, and just as he had others to observe, his younger brothers (again, it’s an assumption they were brothers) could look to him as a model. I also assume the big brother did not set out that morning to model how to land a jump, but he did, he landed it and he modelled it. He just likely didn’t start his day thinking, “today, I’ll demonstrate how to land the jump”.

And that’s what we do, every day. We model and we observe. Sometimes we’re intentional, but for the most part it is unconscious, and that’s why we need to remind ourselves that people are always watching us. My long time mentor and great friend would always say, “you cannot not model” and it’s a mantra that has stuck with me since I first heard it. You cannot not model. It’s a powerful thought, and an important reminder that as leaders we are constantly modelling, in both the good times and the challenging times.

My mentor is switching lanes this summer, much like the boys who jumped from the sidewalk to the parking lot, she is jumping from her current role to…well, she’s not entirely sure yet, so it really is a big jump for her. For years she watched, learned, practiced, scraped her knees, got up and kept rolling. Click, clack…click, clack…click, clack she would go. Countless others watched and learned from and with her, just as she watched and learned from those riding in-front and alongside her. Lori, this post is for you. Thank you for modelling!

What do you think?