Hepburn School was first proposed in March 1912. The village submitted a proposal to the Department of Education to make a new school district and build a new school. Their request was granted in Regina soon afterwards. The first school board meeting ever held for Hepburn School happened on July 29, 1912. A small schoolhouse was built measuring twenty four by forty feet. The cost at the time to completely build the school was $1707. The school opened the next year in January 1913. Hepburn school struggled to get teachers to come and teach at the school. In fact the school closed five years later, January 1918, because the teacher that had been hired did not show up for his job. Again, four years later in December 1922, another teacher did not show up.

Hepburn school would have closed had they not hired a substitute teacher until the actual teacher arrived. There were only twenty-four students in Hepburn School at the time.

The school was becoming too large to remain in the tiny Schoolhouse. On July 4, 1927, plans were put in place to build a new school. It was only four classrooms, but it was a large increase over the previous schoolhouse. The school kept growing and growing. On February 14, 1949, the school purchased an airbase barracks which they used as the school auditorium at the cost of $3000. The auditorium is still in existence but was converted into the bowling alley.

During the fifties and sixties, many school districts such as Mennon, Carson, and New Home started sending children to Hepburn School. The four room school was simply too small for the increase in students. In 1957, the elementary wing was built and in 1963, the high school wing was approved. The gym was built one year later in 1964. The school now had two hundred ninety-four students. The portables were built in the fifties by the Catholic School Division. They were condemned in the eighties when they did serve as classrooms for a number of years. They were again condemned in 2001. The Playschool is now in one of the portables as of 2004 and the others are used as storage. The grade eight classroom addition to the school was built in 1997. The current grade seven and senior special education classrooms were built in Lloydminster in 1995, and moved to Hepburn School in 2001. Because of these additions the portables are no longer used for classrooms.

In 2003, Hepburn School was privileged to receive a brand new science lab that was constructed from the ground up in Hepburn. Hepburn School has certainly come a long way since its tiny schoolhouse days in 1912. We now boast 250 students and the 1927 beautiful brick school is now a heritage landmark which serves as a testament to the importance of education in the community of Hepburn. 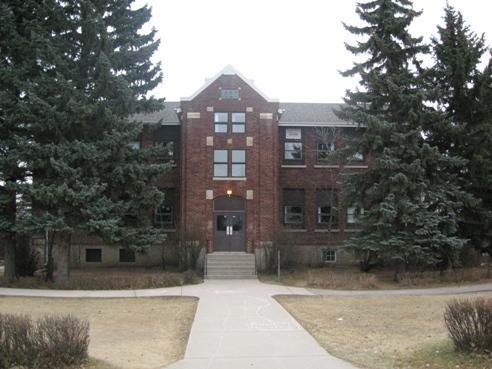